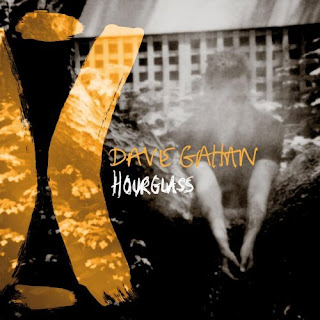 I picked the new Dave Gahan album 'Hourglass' when I visited HMV on Saturday afternoon. I had finally managed to listen through it a few times. The first three tracks were electronically driven pieces with merit with 'Kingdom' being the lead single. Strong powerful lead off. However, the album began to trail off after the third track. 'Use you' had potential but the chorus was extremely annoying and repetitive. 'We have each other, you're my brother..' Nooooooooooo!

Given Gahan and his companion's splendid songwriting in 'Playing the Angel', I would have thought that this effort would be a stronger one than their first album. Sadly, it was not so.
Posted by Chuang Shyue Chou at 8:50 pm

Email ThisBlogThis!Share to TwitterShare to FacebookShare to Pinterest
Labels: Music

I agree. The first few tacks really drew me in. Too many slow tracks after that. What a downer.

One might think most of these songs were throwaways submitted during Playing The Angel and rejected.

It died off very swiftly.

And like you said, some of the tracks did have a feel in that they were castoffs from Playing the Angel.