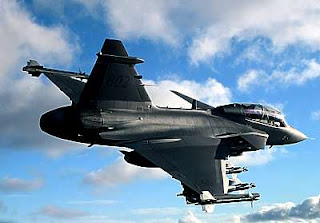 Astounding! Thailand is purchasing twelve JAS-39 Gripens. Operating this aircraft is a lot more practical than the Su-30MKI fighters that Malaysia and Indonesia have procured. Of course, given the foreign policies of these two 'Islamic' states and that the JAS-39 multi-role fighters mount American engines (hence spare parts are going to be dependent on the USA), it is obvious why the Su-30MKI was chosen. 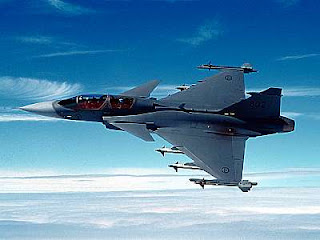 Meanwhile, the Swedes must be really elated as it was reported in an Australian paper that a Thai officer had said that they had preferred F-16Cs and F-16Ds but the Americans were not allowed to sell arms to governments that had been ousted by coups.

I bet the Burmese military junta are drooling.

Even if RMAF has the latest do you think they can fly to its potential?

I bet they will crash even with WWII Spitfire.

Oh ya, Sukhoi 30 is a long range fighter meant for attacking whereas JAS-39 Gripens, I assume, is more for defensive purposes.

The RMAF may have a readiness problem and may not generate a high sortie rate.

In Malaysia's defence, they do have a long coastline to defend as well as two widely separated areas. East and West Malaysia. But as you have shrewdly observed, the Su-30 is more of an offensive aircraft with long range and a huge payload.